A story of a body piling beaver 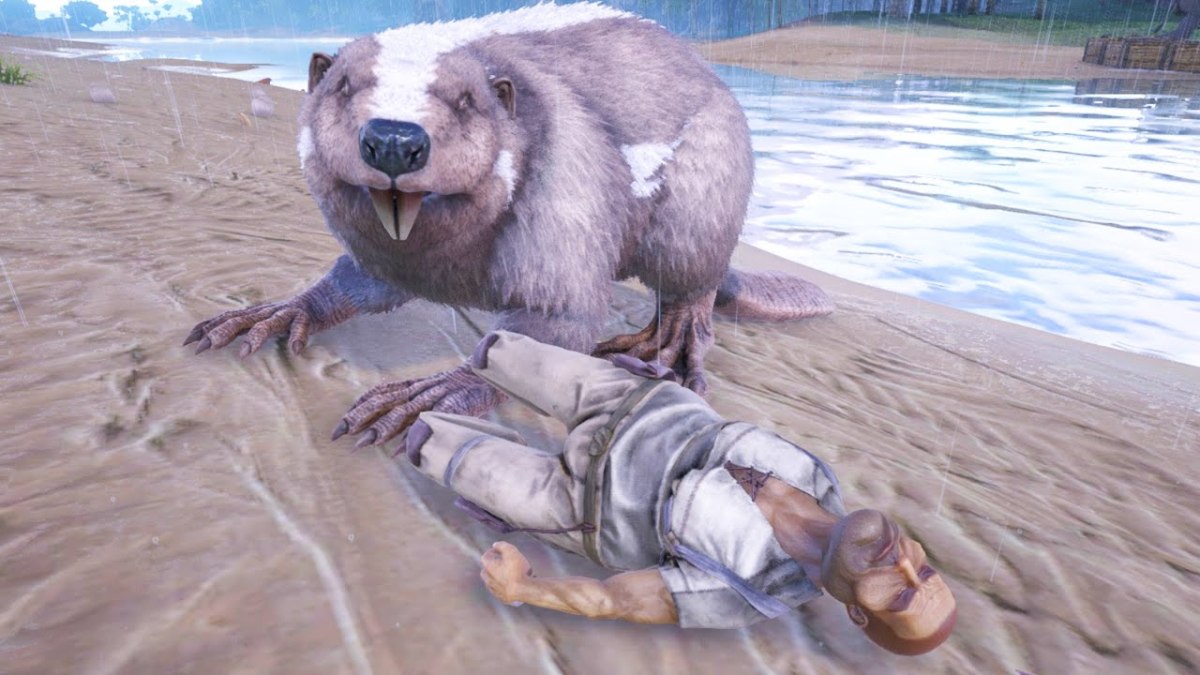 There was once a beaver.

This was about a beaver which was lost in a forest and began killing everything and everyone inside it.

Now a beaver in a forest should feel at home right ?

Well, the truth was that the beaver was once a man which went to a witch in the forest. The man wanted to bring his beloved wife back by witchcraft and it had worked. He had brought his wife back but he had paid a high price for it.

The witch had not told him that his mind would be transfered into a beavers body and so it happened. His wife came back the other day but he himself turned into a beaver with two huge teeths and a large beaver tail.

People saw his wife the other day coming back from the forest but she was behaving strange. She didnt knew anyone from town strangely and went straight to a pub. She was actually picking up other men and bringing them to a closed room.

Now after a while the beaver dude found it out and went straight mad. He started killing everyone in the forest and made a dam out of dead bodies from almost everything. The bodies where shredded like a tree and mushy to rotten. The beaver was pissed and of course he tried to kill the witch and reverse it but something was stopping him. He couldnt come near the house. So he deployed more dead bodies as hate towards her. But we think that he wouldve instantly be killed if he came to close to the witch. She had magic beyond our understanding. The villagers had tried to capture and kill her but never came back.

Now after another while there was a rumor that the witch was actually in the body of the beaver dudes wife. That would make her strange behaviour understandable. She was basically the villages house whore after she came back from the dead. Another thing was that the wifes mind was in the body of the witch in the forest. And she thought that the killer beaver was the witch and that her body was taken by her man because she made a spell mistake. Atleast the witch had made it seem so.

The problem for her in the witch body was that she couldnt leave the forest and the beavers problem was that he couldnt get near the house.

So after rampaging through the forests and other villages, the beaver had enough and tried to attack the witch again. Surprisingly he managed to get her and bite a leg off but she shot him dead with a spell almost the next second. They both didnt knew who was who and they both hunted each other down but never fought until that day. The beaver was dead but she was still alive and wondered why the spell wouldnt loose effect. She shouldve changed back to dead or to her body she thought but nothing happend.

The next moment however, the witch in form of her body came back. As she walked towards her in the silent forest at dawn, the almost dead bled wife had a weird feeling. She closed in, picked a knife from her skirt, dragged her hair upwards and cut the witch bodys throat. The wife in the witchs body had no chance. She had almost bled out after a few moments. She than dragged the beavers remains and guts back to her house and later ate the dead witch body.

She now had a new body and was pregnant ….. again. All this because the villagers including me, couldnt kill her that day. This was the third time. Everyone who dissapeard was turned into an animal and either eaten alive or used as sacrificial material.

So if you read this, im probably dead and the witch still alive.

Written by a rabbit.

This WordPress.com site is the cat’s pajamas